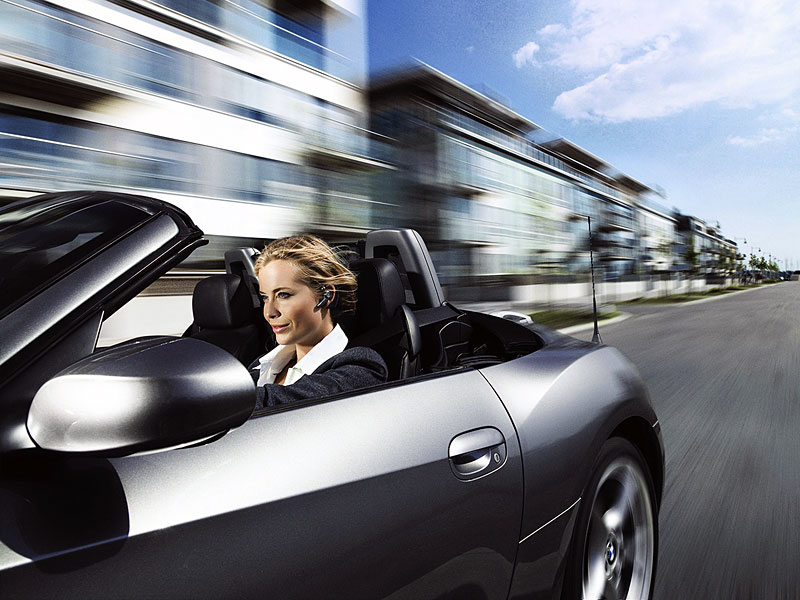 Announced September 16, 2008, the VMX Office Bluetooth headset from Sennheiser connects via a base station to landline phones, computers and Bluetooth mobile phones. With a lightweight, well-balanced design the VMX Office is comfortable to wear throughout the working day, making it especially suited to heavy telephone or VoIP users. And compatibility with Bluetooth 1.0, 1.1 and 2.0 makes it easy to toggle between desk phone, mobile phone and PC, allowing users to make hands-free calls up to 35 yards away from their nearest device. With just one button, the VMX Office is simple to use - essential to the majority of headset users who want to set up and use their headset quickly. The single button switches between phone and mobile devices, and controls volume. The headset powers up automatically when opened, and switches off when closed - so there's no need to worry about limited standby time.

Mobile workers who wear their headset all day need to feel confident they are protected from sudden loud or high-pitched noises. The VMX Office's ActiveGard automatically reduces surges in volume in milliseconds - too quickly for the human ear to detect. And because VoiceMax dampens intrusive background noise and enhances the human voice, the VMX Office is ideal for modern, open offices, too, so users never have to raise their voice during a call. This means noise levels in a busy, open-plan office never become intrusive - keeping stress levels low and productivity high. The VMX Office builds on the success of its sister headset, the VMX 100. But while the VMX 100 is strictly for mobile phones, the VMX Office is designed for both office and mobile use.