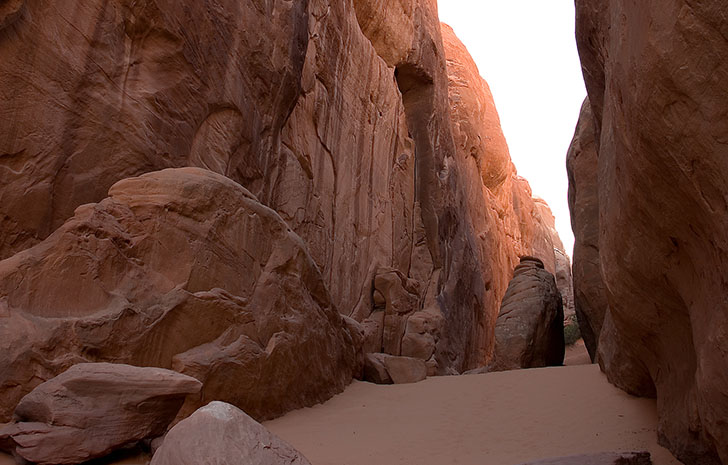 Fossil groundwater is a nonrenewable supply of water trapped underground in aquifers. In recent years, policymakers in countries facing chronic water shortages have increasingly viewed low-saline supplies of fossil groundwater as an important potential source of water for human and agricultural use. Some countries have relied extensively on fossil groundwater from Nubian sandstone aquifers to meet their water needs in recent decades. Most fossil groundwater resources in North Africa and the Middle East are characterized by high-quality water with low salinity.

In a February 19, 2009 paper in the journal Environmental Science & Technology by an international team of researchers, ancient groundwater being tapped has been found to contain twenty times the radiation considered safe for drinking water. "The combined activities of 228 radium and 226 radium – the two long-lived isotopes of radium – in the groundwater we tested are up to 2000 percent higher than international drinking standards," said Avner Vengosh, associate professor of earth and ocean sciences in the Nicholas School of the Environment at Duke University. Health officials could reduce radioactivity to safe levels by diluting radium-rich water with low-radium water from other sources, he said, or by treating it with ion exchange, reverse osmosis desalination or lime softening. Each of these three treatment technologies does a good job of removing radium, Vengosh noted, but each produces solid and liquid residues that would have to be handled and disposed of as low-level radioactive waste.