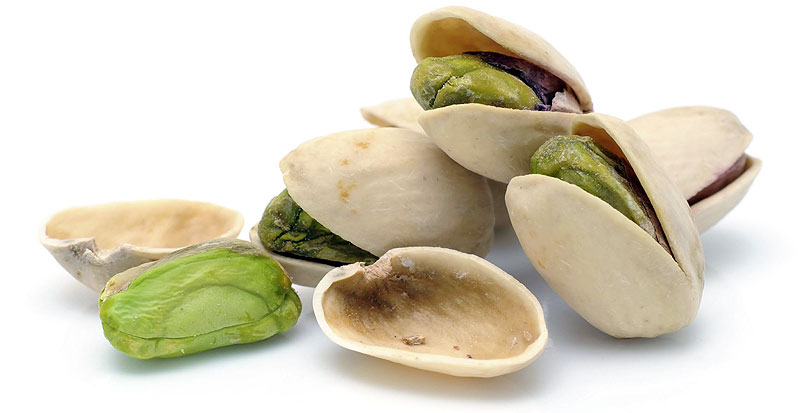 Research published on May 20, 2010 in the Journal of Nutrition details how pistachio nuts, eaten as part of a healthy diet, can increase the levels of antioxidants in the blood of adults with high cholesterol. This new study shows an additional effect of pistachios so now there are multiple health benefits of eating pistachios. Pistachios are high in lutein, beta-carotene and gamma-tocopherol relative to other nuts. Beta-carotene is the precursor to vitamin A and gamma-tocopherol is a common form of vitamin E. Lutein is found in dark green leafy vegetables and is important in vision and healthy skin. All three compounds are oil soluble vitamins. Antioxidants are of interest because oxidized low-density lipoproteins (LDL) are implicated in inflammation and plaque buildup inside blood vessels. Antioxidants should prevent LDLs from oxidizing, migrating into the blood vessel walls and causing inflammation. The researchers conducted a randomized, crossover design, controlled feeding experiment to test the effects of pistachios on antioxidant levels when added to a heart healthy moderate-fat diet. Controlled feeding experiments provide all the food eaten by study subjects for the duration of the study period. The participants began the study by eating a typical American diet consisting of 35 percent total fat and 11 percent saturated fat for two weeks.