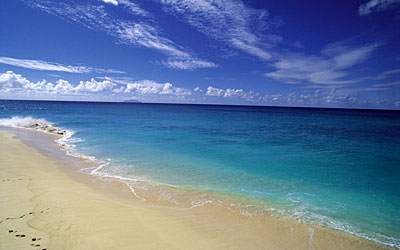 The National Oceanic and Atmospheric Administration's Climate Prediction Center has announced the official return of La Nina. Agency forecasters predicted La Nina was forming nearly three weeks ago. Oceanic sea surface temperatures have met the operational definition of La Nina for the November through January period. La Nina is the periodic cooling of ocean waters in the east-central equatorial Pacific, which can impact the typical alignment of weather patterns around the globe. NOAA predicts this La Nina event will likely remain into late spring, and possibly into summer.

"In mid-January the atmosphere over the eastern North Pacific and western U.S. began to exhibit typical La Nina characteristics in response to the cooling in the tropical central Pacific Ocean," said NOAA administrator Conrad Lautenbacher. "This pattern will favor continued drought in parts of the South and Southwest from Arizona to Arkansas and Louisiana, and above normal precipitation in the Northwest and the Tennessee Valley area."

La Nina impacts during the Northern Hemisphere winter typically include enhanced rainfall across Indonesia and northern Australia, as well as in the Amazon Basin and in southeastern Africa and below-average rainfall across the eastern half of the equatorial Pacific and eastern equatorial Africa.

Typically, La Nina events favor increased Atlantic hurricane activity, however, Jim Laver, director of NOAA's Climate Prediction Center says, "It is too early to say with confidence what effects this La Nina event will have on the 2006 season."

La Nina events recur approximately every three to five years. The last La Nina occurred in 2000-2001 and was a relatively weak event compared to the 1998-2000 event.