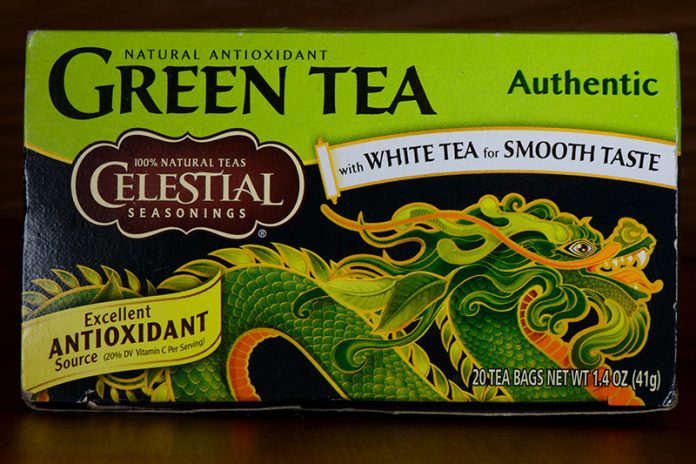 Green tea is a type of tea that is made from tea plant leaves that have not undergone the same withering and oxidation process used to make oolong and black tea. Green tea originated in China, but its production has spread to many countries in Asia.

A study published online in The FASEB Journal suggests that EGCG (epigallocatechin-3-gallate), the most abundant catechin and biologically active component in green tea, could alleviate high-fat and high-fructose (HFFD)-induced insulin resistance and cognitive impairment.

Epigallocatechin gallate (EGCG), also known as epigallocatechin-3-gallate, is the ester of epigallocatechin and gallic acid, and is a type of catechin. Catechin is a flavan-3-ol, a type of natural phenol and antioxidant. It is a plant secondary metabolite. It belongs to the group of flavan-3-ols (or simply flavanols), part of the chemical family of flavonoids.

EGCG, the most abundant catechin in tea, is a polyphenol under basic research for its potential to affect human health and disease. EGCG is used in many dietary supplements.

It is found in high content in the dried leaves of white tea (4245 mg per 100 g), green tea (7380 mg per 100 g) and, in smaller quantities, black tea. During black tea production, the catechins are mostly converted to theaflavins and thearubigins. via polyphenol oxidases.

Previous research pointed to the potential of EGCG to treat a variety of human diseases, yet until now, EGCG’s impact on insulin resistance and cognitive deficits triggered in the brain by a Western diet remained unclear.

In performing a Morris water maze test, researchers found that mice in the HFFD group took longer to find the platform compared to mice in the control group. The HFFD+EGCG group had a significantly lower escape latency and escape distance than the HFFD group on each test day. When the hidden platform was removed to perform a probe trial, HFFD-treated mice spent less time in the target quadrant when compared with control mice, with fewer platform crossings. The HFFD+EGCG group exhibited a significant increase in the average time spent in the target quadrant and had greater numbers of platform crossings, showing that EGCG could improve HFFD-induced memory impairment.

The Morris water navigation task, also known as the Morris water maze, is a behavioral procedure mostly used with rodents. It is widely used in behavioral neuroscience to study spatial learning and memory. It enables learning, memory, and spatial working to be studied with great accuracy, and can also be used to assess damage to particular cortical regions of the brain. It is used by neuroscientists to measure the effect of neurocognitive disorders on spatial learning and possible neural treatments, to test the effect of lesions to the brain in areas concerned with memory, and to study how age influences cognitive function and spatial learning. The task is also used as a tool to study drug-abuse, neural systems, neurotransmitters, and brain development.

Green tea is processed and grown in a variety of ways, depending on the type of green tea desired. As a result of these methods, maximum amounts of polyphenols and volatile organic compounds are retained, affecting aroma and taste. The growing conditions can be broken down into two basic types: those grown in the sun and those grown under the shade. The green tea plants are grown in rows that are pruned to produce shoots in a regular manner, and in general are harvested three times per year. Green tea is processed using either artisanal or modern methods. Sun-drying, basket or charcoal firing, or pan-firing are common artisanal methods. Oven-drying, tumbling, or steaming are common modern methods. 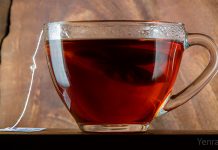