AccuStrike RaptorStrike with Adjustable Bipod and Popup Sight for Precision Targeting. Strike with confidence and skill as you fire darts designed for greater accuracy. The Nerf N-Strike Elite AccuStrike Series features the most accurate Nerf darts. Take the RaptorStrike blaster into battle and hit the mark with the precision of AccuStrike Nerf darts.

The RaptorStrike blaster is part of the Nerf N-Strike Elite AccuStrike Series and includes 18 AccuStrike Nerf darts, which are designed for greater accuracy. When the focus is on precision, bring along this blaster to take aim at targets. Load one of the 6-dart clips into the blaster, and keep the other one nearby for a quick reload. The bolt-action AccuStrike RaptorStrike blaster comes with 2 six-dart clips and 18 darts to keep battlers stocked for their Nerf battles. Use the bipod to stabilize shots; the legs extend to adjust the height. The blaster also has a pop-up sight for targeting. Practice precision and show off targeting skills with the RaptorStrike blaster. The clip-fed blaster is part of Nerf N-Strike Elite AccuStrike Series, which features darts designed for greater accuracy. The blaster is also compatible with Nerf Elite darts.

Nerf’s most popular products are Nerf Blasters, which are toy plastic guns that shoot foam darts, which are, among other things: Velcro-tipped in order to stick to Nerf vests, tipped with suction cups designed to stick to smooth surfaces, streamlined to fit in magazines, some able to whistle in flight, or a color variation, such as camouflage, color swap, and glow in the dark. Most Nerf blasters have tactical rails that accommodate different attachments, but there are also some that attach through special adapters like barrel extensions and stocks. The main sub-line of Nerf blasters is N-Strike, which was first launched in 2004 and updated in 2012 as N-Strike Elite. 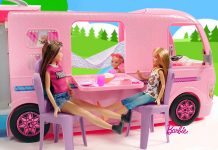