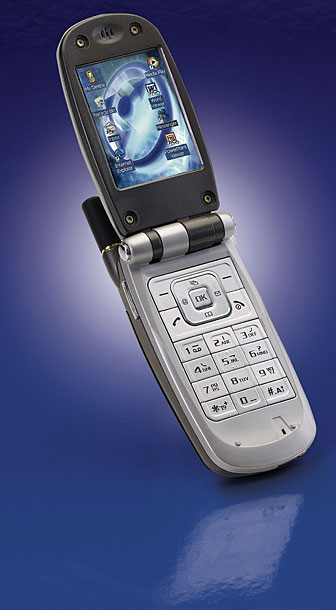 "Being recognized as the Wi-Fi technology of the year is the culmination of years of effort by many dedicated visionaries who saw the future of the cell phone industry. Our duel mode GSM/Wi-Fi phones are the wave of the future for cell users in the Wi-Fi environment. We are so proud that the hard work has paid off and that we are on the verge of providing mobile carriers and users with the type of product that enhances their mobile capabilities," said Calypso's Michael Pizzi

Calypso C1250i dual mode WiFi-GSM-GPRS VoIP cellular phone that runs on Intel PXA series application processors and Microsoft WinCE 5.0 and roams between these two networks is beneficial for data-intensive applications such as mobile video and data file transfers that leverage the high-data rates of Wi-Fi networks.

ASNAP allows cell phones and other mobile devices to automatically detect an available WLAN and then switch between the signals from a GSM/GPRS or CDMA cellular tower to a short-range broadband network such as cable with Wi-Fi. The wireless customers remain connected to the GSM/GPRS or CDMA network until their cell phone detects and switches to a Wi-Fi network, at a speed of up to 11 Mbps.