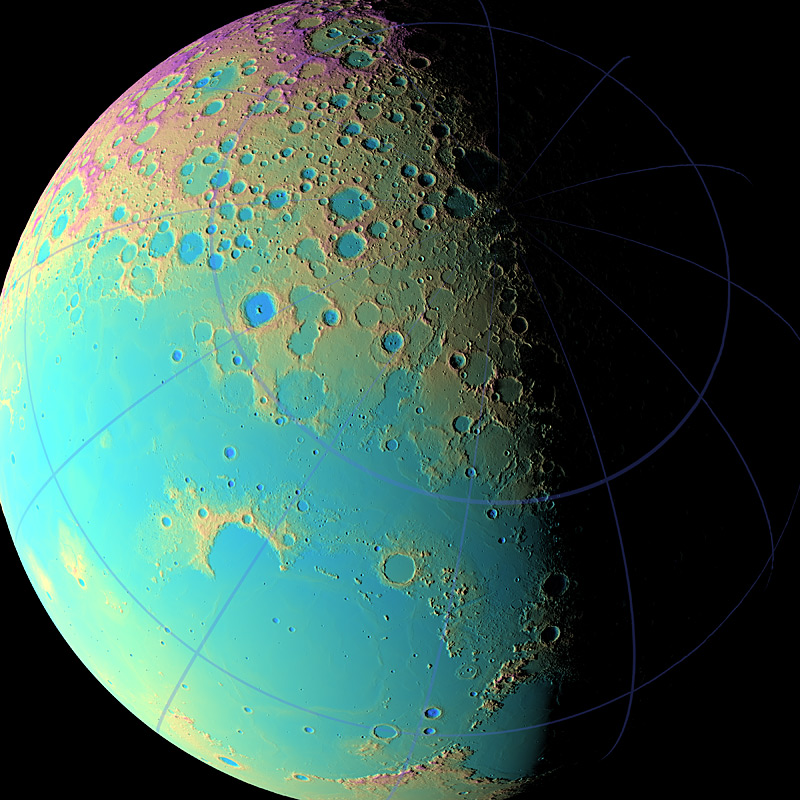 Announced December 17, 2010, NASA's Lunar Reconnaissance Orbiter is doing something amazing: allowing researchers to create the most precise and complete map to date of the moon's complex, heavily cratered landscape. The Lunar Orbiter Laser Altimeter (LOLA) works by propagating a single laser pulse through a Diffractive Optical Element that splits it into five beams. These beams then strike and are backscattered from the lunar surface. From the return pulse, the LOLA electronics determines the time of flight which, accounting for the speed of light, provides a precise measurement of the range from the spacecraft to the lunar surface. Range measurements, combined with accurate tracking of the spacecraft's location, are used to build a map revealing the contours of the lunar landscape.

The five beams create a two-dimensional spot pattern that reveals slopes. LOLA will also measure the spreading of the return pulse to get the surface roughness and the change in the transmitted compared to the return energy of the pulse to determine surface reflectance. The new LOLA maps are more accurate and sample more places on the lunar surface than any available before. Lunar illumination history is important for discovering areas that have been shaded for long periods. Such places, typically in deep craters near the lunar poles, act like cold storage, and are capable of accumulating and preserving volatile material like water ice. The landscape in polar craters is mysterious because their depths are often in shadow. The new LOLA dataset is illuminating details of their topography for the first time.