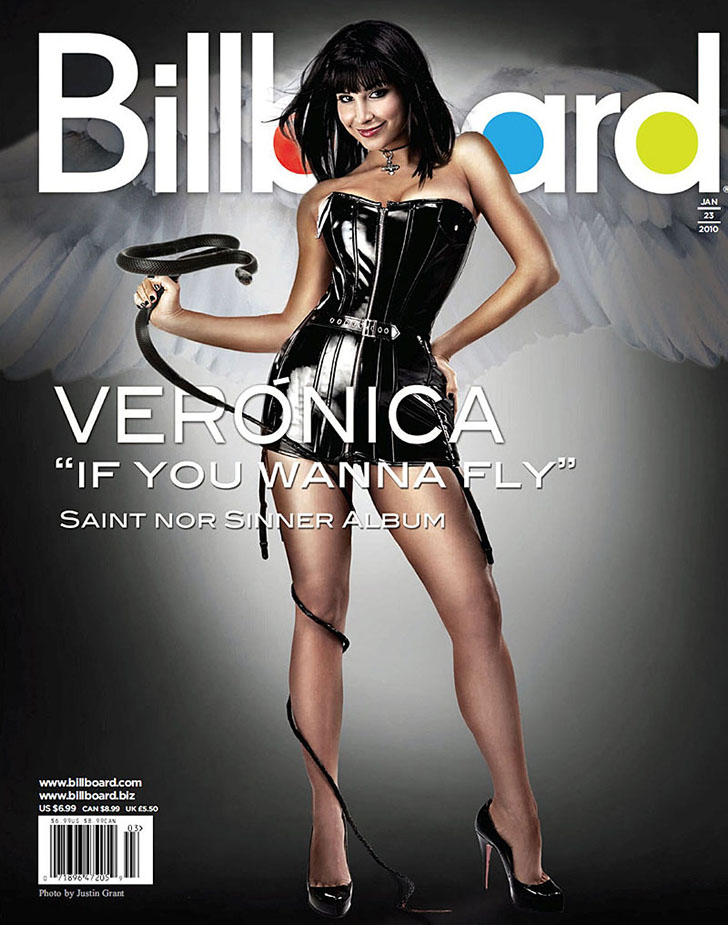 Pop pin-up star Mayra Veronica graces the cover of Billboard magazine in an image promoting her new "Saint nor Sinner" album and the single "If You Wanna Fly. In one hand she is holding a serpent; the other hand is on her hip. Behind her are angel wings. Also, she has dropped the "Mayra" from her name, going with only Veronica. Veronica is the Latin form of the Greek name Berenice, derived from Greek pherein (bring) and nike (victory), meaning "she who brings victory". In medieval etymology, Veronica was incorrectly derived from Latin vera (true) and Greek eikon (image) - the meaning that Mayra holds to in her explanation of her new album, which she views as displaying the power of transformation, showing a new image. Famous for her curves, the singer says of her name change: "It was my way of expressing what I've experienced, being neither a saint nor sinner, but while being judged as both. Veronica is who I am."