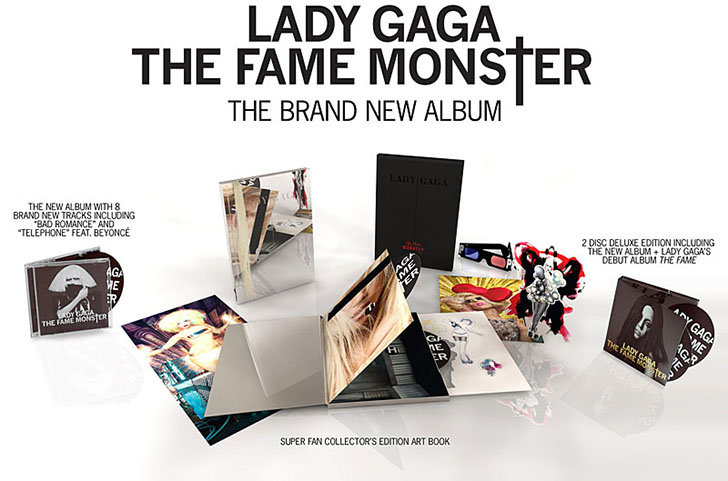 Lady Gaga's next album, The Fame Monster, will be released in three different versions. The standard version contains the eight new songs. The deluxe version includes both the new album and her debut album The Fame. The collector's edition super-deluxe art book version includes both albums, fanzines, 3-D glasses, paper dolls, a puzzle, pictorials, a lock of Lady Gaga's hair and other surprises. The standard and deluxe versions of The Fame Monster will be released on November 23, 2009. The collector's edition super-deluxe version will be released on December 15, 2009.