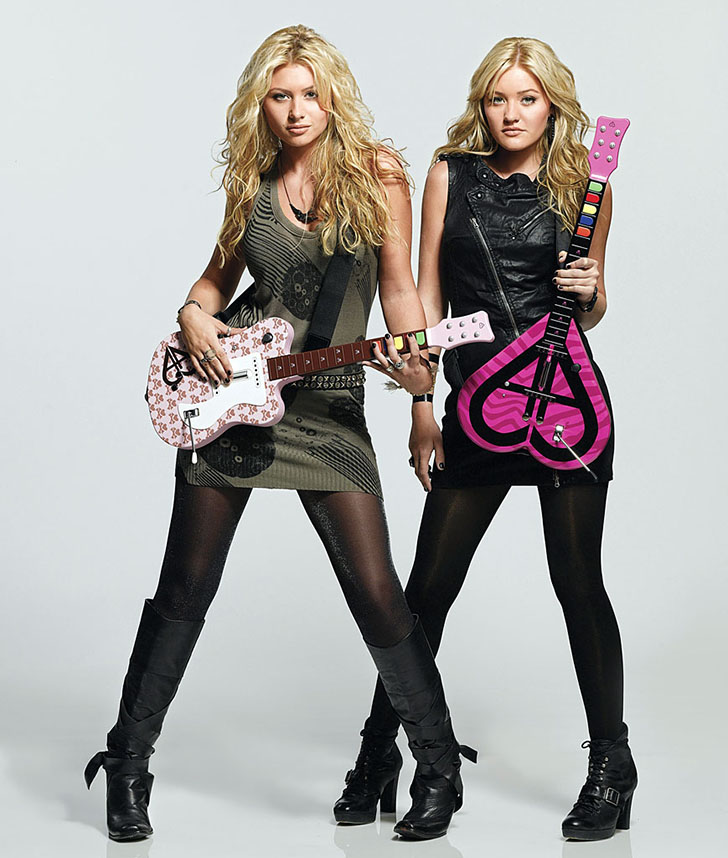 Performance Designed Products (PDP) designed Aly & AJ video game guitar controllers. Aly & AJ are sisters Alyson and Amanda Joy Michalka. Their 2005 debut album Into the Rush went platinum. Their second album Insomniatic was released in July 2007 on the Hollywood Records label. The company released images of the two guitars it has been developing for the past six months with the pop teen stars. Aly's guitar features heart-and-crossbones print in pink and brown giving it a rocker chick style. AJ's guitar is in the shape of the Aly & AJ heart logo featuring a bright pink and purple zebra print. The guitar controllers were originally developed to be compatible with Activision's Guitar Hero, and will now also be compatible with MTV's Rock Band. The sisters, who are gamers themselves, worked with PDP to come up with several designs. PDP then tested the designs with several hundred girls between the ages of 8 and 17. The girls rated the body shape of the guitar, the graphics, color and fret inlay and headstock. The results supported PDP's desire to launch two guitars - one aimed at tweens ages 8 to 12 and the other for teens and older. The guitar controllers, which can be used with Wii and PS2 consoles, are set to be available in stores in mid-October and will have a suggested retail of $69.99 each. Insomniatic features the single "Potential Breakup Song," which was noted in Time Magazine as one of the Top 10 Songs of the Year for 2007. In addition to music, the sisters have acted in a variety of TV shows and movies. 2009 will bring theatrical releases for each sister, and the planned release of their third album.