Nothing is better than daylight for illumination of things that we care about. The rich colors of the world seen in its softness. I love the golden hour because it is natural. When a friend told me he didn’t need the golden hour, pointing to his light kit, he said he could make golden hour whenever he wanted. I felt funny about light that isn’t natural. The word artificial is never fun to read on a list of ingredients of something we would otherwise want to eat; it gives us pause. So lighting named “SunLike” gives me pause.

Soon I’ll get the chance to check, as Seoul Semiconductor announced that LED Sunlike will be launched by three brands in the United States: Pure Edge Lighting, LEDRAbrands, and Elite Lighting.

Pure Edge’s pendant lighting will apply it to high-end lighting for museums and art galleries that require the highest color quality. LEDRAbrands will use it in their downlights. Elite Lighting, to spotlights. LEDRAbrands appreciates “its high quality, low glare and rich color on subjects below.”

SunLike is an advanced light source that combines the latest optical and compound semiconductor technology of Seoul Semiconductor and TRI-R technology, a sunlight spectrum reproduction technology from Toshiba Materials. SunLike that lows blue light peak similar to sunlight spectrum contributes to maintaining a stable human circadian rhythms and enhancing the color clarity of objects. TRI-R, supported by Toshiba Materials, finds in the definition “The light closest to the sun for human well-being” as its original concept. The sun light spectrum is developed by the same company and can be reproduced by a white LED light source technology.

In addition, as a result of analyzing the blue light emitted by the LED SunLike, 25W single light source, it is the only product in the world that has received Eye Safety Certification for level RG-1 from Korea Testing & Research Institute last November. This is the level given to a safe light source without any photobiological hazards. 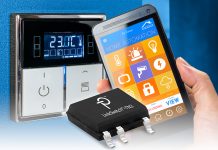 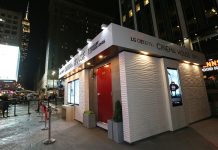