Pioneering digital technology company ABB announced a major, new $150 million investment in Shanghai, China to build the world’s most advanced, automated and flexible robotics factory. The result is a cutting-edge center where robots make robots. The new Kangqiao manufacturing center, near ABB’s existing robotics campus, combines the company’s connected digital technologies. Among them is ABB AbilityT solutions, collaborative robotics and artificial intelligence research to create a factory of the future. Operation will begin by the end of 2020.

In 2017, one of every three robots sold in the world went to China, which purchased nearly 138,000 units. Today, ABB employs approximately five thousand people in Shanghai. Also, the company’s robotics businesses in China employ more than two thousand engineers and operational leaders in twenty locations. ABB has invested more than $2.4 billion in China since 1992, with over 18,000 employees in total.

The new factory features machine learning, digital, and collaborative solutions to make it advanced, automated and flexible. At the same time, an onsite R&D center will help accelerate innovations in artificial intelligence. By using a global design approach, the automated robotics factory increases the type of robots and the variants of each type that can be made onsite. Such flexibility adopts the needs of customers. As a consequence, ABB combines this expanded portfolio of robotics into a large number of tailored solutions.

The Shanghai factory is modeled as a digital twin with intuitively tailored dashboards for management, engineers, operators and maintenance experts to make the best decisions. As a result, intelligence spreads through connected services on the health and performance of robots in the factory. Reports identify potential anomalies. In addition to avoiding costly downtime, ABB software improves performance, reliability and energy usage with advanced digital solutions. The software accesses the Microsoft Azure enterprise cloud, the first international public cloud service in China.

The floorplan of the factory is based on interlinked islands of automation rather than fixed assembly lines. For this, ABB logistics automation solutions interlace the plant. As a result, automatic guided vehicles autonomously follow robots as they move through production, supplying parts from localized stations. Consequently, production adapts and scales efficiently to changes in China’s robot market without additional capacity expansions.

Robots and People Working Safely Together 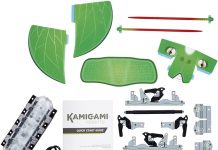