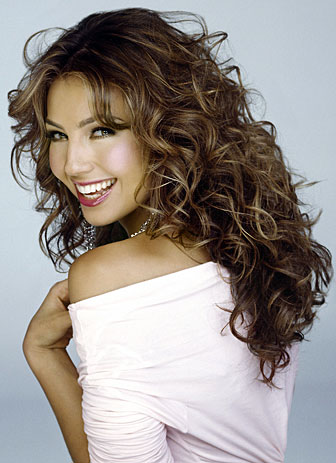 "Signing Thalia is very much in line with our strategy of delivering the biggest stars and the best content possible," said Kevin Miller of ABC Radio Networks. "The Conexion Thalia Radio Show will reflect Thalia's range, popularity and star appeal, providing a terrific platform for Thalia to connect one-to-one with her fans through the power and magic of radio."

The Conexion Thalia Radio Show will feature the Latin superstar in a fun and fast-paced lifestyle show in a format that allows Thalia to expound on fashion, gossip, and inside celebrity information as well as include informative segments on issues facing Latinos today. She will cover topics that appeal to a wide demographic of l8-34 year old male and female Latinos.

Thalia commented, "ABC is providing me with a wonderful opportunity to create an entertaining and positive experience on the radio. I will be joined by fashion experts, entertainers, music artists and my celebrity friends from all around the world. The show will be fun, upbeat, very interactive and in-tune with the Latin community."

Thalia began her career as a child star on Mexican television and in Mexican theatre. As a recording artist for EMI Music she has achieved superstar status, sold over twelve million CDs worldwide and been nominated for four Latin Grammy awards. She has had twelve top ten singles, four of which went to number one. Thalia has received numerous awards and accolades including, two Latin Billboard Awards and several Premios Juventud Awards. In 2003 she launched her Thalia Sodi Collection line of apparel and accessories at Kmart with incredible success.