A hybrid drive is a logical or physical storage device that combines a fast storage medium such as NAND flash solid-state drive (SSD) with a hard disk drive (HDD), with the intent of adding some of the speed of flash storage to the cost-effective storage capacity of traditional HDDs. The purpose of the SSD in a hybrid drive is to act as a cache for the data stored on the HDD, improving the overall performance by keeping copies of the most frequently used data on the faster SSD.

The new ActiveStor solution accelerates time to results for traditional and commercial high-performance-computing (HPC) use cases such as manufacturing, life sciences, energy, government, education and research environments, in addition to applications in media and entertainment. It uses the ASD-100, the ASH-100, an updated PanFS 7.0 parallel file system, and enhancements to the DirectFlow parallel data-access protocol to deliver these advantages:

ASD-100 – For the first time, Panasas is offering a disaggregated Director Blade (ASD-100), the brain of the Panasas parallel hybrid file storage system, to provide the ultimate in flexibility. Customers can now add any number of ASD-100s to drive exactly the level of metadata performance they need. With double the raw CPU power and RAM capacity of previous Director Blades, the ASD-100 delivers double the metadata performance on metadata intensive workloads. Based on industry-standard hardware, the ASD-100 manages metadata and the global namespace; it also acts as a gateway for standard data-access protocols such as NFS and SMB. The ASD-100 uses non-volatile dual in-line memory modules (NVDIMMs) to store metadata transaction logs, and Panasas is contributing its NVDIMM driver to the FreeBSD community. FreeBSD is a free and open-source Unix-like operating system descended from Research Unix via the Berkeley Software Distribution (BSD).

ASH-100 – The ASH-100 is the first hardware platform to offer the highest capacity HDD (12TB) and SSD (1.9TB) in a parallel hybrid storage system. A broad range of HDD and SSD capacities can be paired as needed to meet specific workflow requirements. The ASH-100 can be configured with ASD-100s or can be delivered with integrated traditional ActiveStor Director Blades (DBs), depending on customer requirements.

PanFS 7.0 – The latest version of the industry’s only plug-and-play parallel hybrid file storage system features an updated FreeBSD operating foundation and a dynamic GUI that supports asynchronous push notification of system changes without user interaction. The PanFS clustered file system creates a single pool of storage under a global filename space to support multiple applications and workflows in a single storage system with high performance for technical applications.

DirectFlow Client – The updated DirectFlow parallel data access protocol offers a 15 percent improvement in throughput due to enhancements to memory allocation and readahead. All ActiveStor models will benefit from this performance increase after upgrading to the new release of PanFS. DirectFlow avoids traditional protocol I/O bottlenecks by allowing computer clients to access storage directly and in parallel. 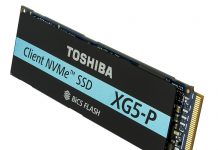 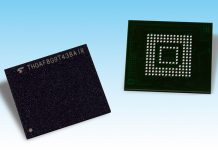