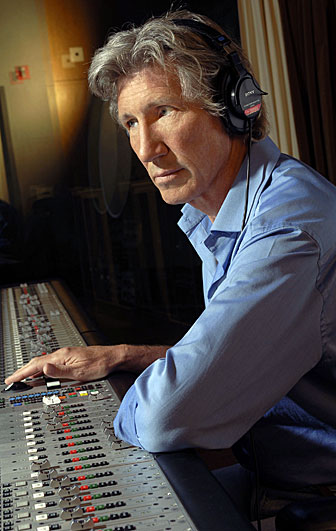 Ca Ira, the new classical opera from Roger Waters, entered the Billboard Traditional Classical Chart at number one in the first week.

The recording of Waters long-awaited operatic history of the French Revolution was released at the end of September in a lavish first-edition Digipak that includes a complete recording of the work on two hybrid Super Audio CDs in Dolby Digital 5.1 Surround Sound, which are compatible with standard CD players. The package includes a deluxe 60 page four-color booklet including Roger Waters' lyrics based on Etienne Roda-Gil's original French libretto, the original illustrations created by Nadine Roda-Gil, biographies of Waters and the opera's cast, background and production notes on the opera.

As a bonus for Roger Waters fans, Ca Ira includes a special DVD documentary chronicling the making of the opera. The Ca Ira DVD traces the history of the project, from conception to completion, and includes revelatory interviews with Waters and the cast of Ca Ira as well as exclusive in-the-studio footage of the recording of the opera.

Ca Ira will have its world premiere in a semi-staged concert performance on November 17th and 18th in Romeat the Santa Cecilia Hall of the Auditorium Parco Della Musica. The concert reunites tenor Paul Groves and soprano Ying Huang with conductor Rick Wentworth, all of whom appear on the recording, and introduces to the work bass-baritone John Relyea. Since the November 17 concert quickly sold out, a second performance has been scheduled for November 18 in the same venue.

Waters, who co-founded the groundbreaking rock group Pink Floyd in 1966, fused the worlds of rock and classical music in such pioneering major works as The Dark Side Of The Moon (1973) and The Wall (1979) in which he incorporated elements of operatic form - theatricality, coherent narrative, dramatic arcs, thematic music and song cycles - in a pop context.

Waters' work on Ca Ira, his first opera for full orchestra and voice, began in 1989, during the Bicentennial of the French Revolution. The well-respected and successful songwriter Etienne Roda-Gil and his wife, Nadine, had created an original libretto for an opera, written in French, as part of the Bicentennial. Entitled Ca Ira, after a revolutionary song of the period, the Roda-Gil's original manuscript, copiously and beautifully illustrated by Nadine, portrayed the events and the spirit of the French Revolution through a multitude of perspectives - ranging from Marie Antoinette to the eyes and ears of the period's revolutionaries and common people - using a circus as a central theatrical framing device and metaphor.

The finished version of Ca Ira features orchestration and choral arrangements by Roger Waters with Rick Wentworth. Waters and Wentworth are also the album's producers. Principal characters in the opera are brought to life by the Welsh bass-baritone Bryn Terfel, internationally acclaimed soprano Ying Huang, American tenor Paul Groves, and Nigerian one man orchestra Ismael Lo. Other parts are sung by Jamie Bower and Helen Russill.

Look to Sony Masterworks for updates.