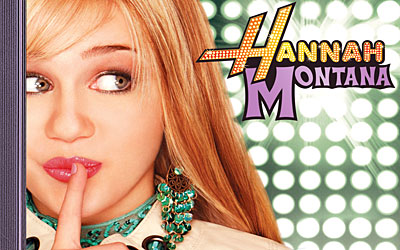 The soundtrack to Disney Channel series Hannah Montana will go on sale Tuesday, October 24 for $18.98. The Hannah Montana Soundtrack features music from the number one series and a music DVD with five concert videos. An episodic DVD also will be released on that day.

Wal-Mart will present an exclusive Miley Cyrus as Hannah Montana In Concert special on its in-store television network on October 24 (Tuesday) at 4:00 p.m. and October 28 (Saturday) at 7:00 p.m. The special includes behind-the-scenes footage of tween star Miley Cyrus. Beginning October 31, 2006, viewers can stream the concert special on the company's website.

In the Disney Channel series, 14-year-old Miley Stewart has a secret identity, but she's no superhero, she's the famous teen pop sensation Hannah Montana. In order to maintain her normal family life and friendships, Miley goes to great lengths to make sure that nobody discovers that underneath her hair and makeup, Hannah Montana is really just the girl-next-door.