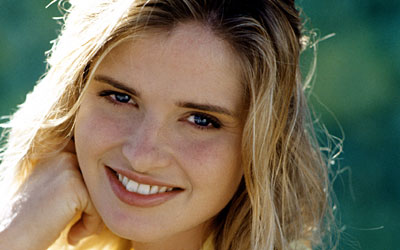 Quantel Medical has received the Food and Drug Administrations (FDA) approval to market the non-ablative Aramis Er:Glass 1.54 nm Dermatology Laser for its use to treat acne on the back. Already approved by the FDA for general dermatological use including dermal remodeling and wrinkle reduction, the additional approval to market the Aramis laser for the treatment of acne will provide patients with a new non-ablative treatment option, with a shorter treatment cycle and no side effects as an alternative to powerful drugs, antibiotics, topical creams and lotions.

Acne is a disease of the sebaceous gland of the skin and is caused by clogged pores by the increased sebum production and the presence of bacteria. This leads to a thickening or inflammation of the lining of the follicle, resulting in less severe acne known as blackheads and whiteheads to inflammatory papules and pustules, or to the most severe acne known as nodules and cysts which can lead to scarring.

With more than 40% of teenagers and a significant percentage of the adult population afflicted, acne is one of the most challenging conditions facing physicians today. On average, American Dermatologists see 10-20 acne patients per day. Other than Accutane and its numerous, often severe side effects that include dry skin, birth defects and severe depression, a few of the options available to physicians were to keep the infection under control, either using oral and topical antibiotics, topical medication or blue light irradiation. Oral antibiotics (erythromycin, minocyclin and tetracycline) may take several months to clear up acne and must be taken daily to be effective or acne will return. Topical antibiotics are limited in their ability to penetrate the skin and clear more deep seated acne and also need to be taken for several months. Topical medication or creams are also limited in their ability to penetrate the skin and cost Americans on average over $100 million per year. Blue light therapy requires several treatments. In all cases, only the symptoms were treated, not the cause. Using the Aramis, a non-invasive laser is a huge discovery in the treatment of acne that's been a long time coming for physicians needing a new treatment option.

Clinical studies both in Europe and the U.S. conclude that the Aramis Laser treats the source of acne by altering the sebaceous gland. It reduces sebum production and sterilizes the target, clearing acne and minimizing its recurrence. Each individual treatment results in an approximate 25% improvement with optimal results after just four treatments -- each at two- week intervals. Patient satisfaction is high with no evidence of side effects, edema, erythema and no pain. Patients also noticed an overall improvement in the appearance of the skin.