Hyperphotography is a compilation of many photographs. Thousands of high-resolution close-ups views are stitched together into large compositions, maintaining the focus of the smallest detail.

Where can I see Hyperphotography?

Depicting fantastical versions of landscapes and iconic architecture is central to Rauzier’s artistic exploration and mastery as a photographer. In this new body of work, Rauzier continues in his signature style combining iconic cities such as New York into compositions referencing art historical imagery. This show debuts a selection of works Rauzier has just completed on Cuban themes. In these Hyperphotos, he uses the stunning architectural and historical landscapes of Cuba, combined with his extensive knowledge of art and cultural history, literature, and humour, to create unique and unforgettable images.

Jean-Francois Rauzier (b. 1952) has exhibited in museums and art fairs worldwide. Rauzier’s work transforms reality; fascinating us with its scale, and taking the viewer on a journey through the visible world. Thousands of high-resolution close-ups views are stitched together into his large compositions, maintaining the focus of the smallest detail. Each work is carefully composed from images collected over many years – working in some ways more like a painter than a photographer, Rauzier creates his own supernatural man-made world. Using digital technology, he creates buildings, gardens, animals, and many other objects as he strives to transform the world according to his dreams and anxieties, and to recreate the magic and secrecy of ancient legends and stories using 21st century media. 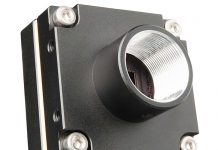