GPS III Satellite Launch closer as GPS III SV01 now awaits a call up to begin pre-launch preparations. In the meantime, the advanced satellite is stored in an environmentally-controlled clean room, where engineers can perform maintenance and continue to service the satellite.

One of the keys to Lockheed Martin’s GPS III is it was designed for today’s mission with an eye on tomorrow’s needs. Future satellites – already with a robust, production-ready design — also would benefit from the inherent risk-reductions already proven out in GPS III, like compatibility with OCX and the existing GPS constellation. Significant work has already been completed on future requirements like an accuracy-improving Laser Retro-reflector Array and a Search and Rescue payload.

For Lockheed Martin, GPS III satellite launch readiness is a major milestone on a challenging development program to design and build the most powerful GPS satellites ever envisioned. With all major development risks behind them, the company is now in full production on ten GPS III satellites at its GPS III Processing Facility near Denver.

The GPS III team is led by the Global Positioning Systems Directorate at the U.S. Air Force Space and Missile Systems Center. Air Force Space Command’s 2nd Space Operations Squadron (2SOPS), based at Schriever Air Force Base, Colorado, manages and operates the GPS constellation for both civil and military users. 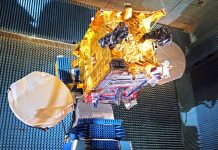 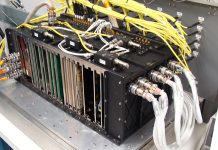