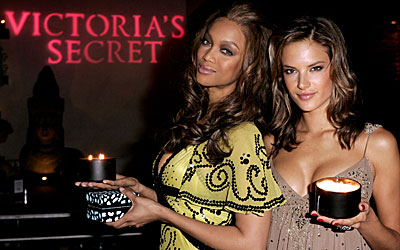 To kick off the launch, Victoria's secret supermodels Tyra Banks and Alessandra Ambrosio hosted an exclusive party at Club Mood. Celebrity guests such as Joaquin Phoenix, Eve, David Spade and Carmen Cass, lit up over the new line of candles and sachets.

Banks has a favorite Mood candle -- Beguiling, which is a freesia scent. "My favorite scent is Beguiling, scented with Freesia" says Banks. "It smells soapy and clean, which I like."