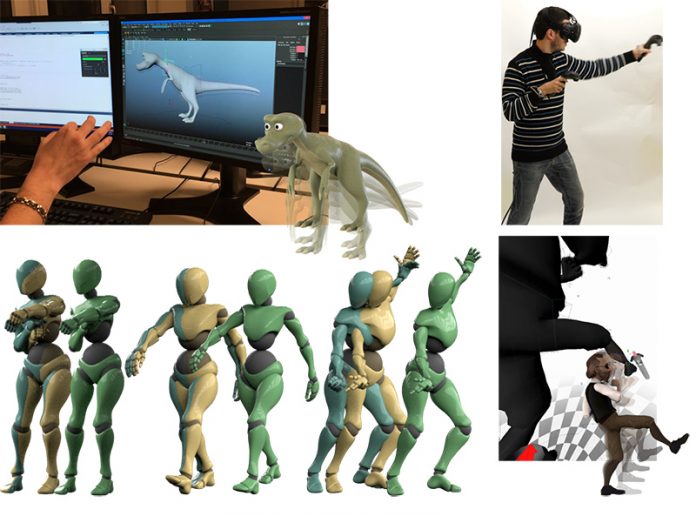 What is a Motion Cycle?

The way a videogame character jumps, kicks, walks, runs or even breathes is determined by a loop of frames known as a motion cycle. Also critical for producing animated films, motion cycles are as important as they are difficult to create. But a new animation tool from Disney Research can make the task much easier.

Are Motion Cycles hard to create?

Disney Research has developed an authoring tool for motion cycles that enables novices to rapidly create a motion cycle and enhances the workflow for expert animators. Starting with input from a computer mouse or even a full-body motion capture suit, the software can automatically extract the looping cycle and allow the user to edit the motion as desired.

“Until now, authoring of motion cycles has relied on general-purpose animation packages with complex interfaces that require expert training,” said Robert W. Sumner, associate director of Disney Research. “With our software tool, however, high-quality motion cycles can be produced in a matter of minutes, making the process faster and more efficient for experts and non-experts alike.”

The research team presented their authoring tool at SCA 2017, the ACM SIGGRAPH/Eurographics Symposium on Computer Animation July 28 in Los Angeles.

“The way a character walks or makes other repetitive motions is part of character development in animated features,” said Markus Gross, vice president at Disney Research. “The resulting motion cycle provides a starting point throughout production for a variety of cyclic movements. By making it easier to author these loops, our research team is enhancing the creative process and expanding the variety of artists who can contribute to the process.”

Martin Guay, a post-doctoral researcher at Disney Research, said the new system includes several innovations – an algorithm that can extract the motion cycle from a performance, a manipulation tool called MoCurves that allows editing both the shape and timing of the motion directly on the character, rather than through indirect editors, and finally, a means for controlling a character’s contacts with the ground and other surfaces.

“These building blocks have been designed around the observation that key-framing – the de-facto approach in animation — can make it hard to create certain types of coordinated movements” Guay said. “The animation toolset has not evolved much over the past decades, and we tend to see the same styles of movements over and over again. Performance animation, which allow animators to use hand gestures to animate, has the potential to unlock a whole new set of styles in reasonable times, and that we as an audience, get to enjoy.”

Input is possible by using a computer mouse to specify the motion, but the system also accommodates users who would rather act out the motion using motion capture or other technology. The user can act out the entire motion, or can act out different elements of the motion in a layered fashion.