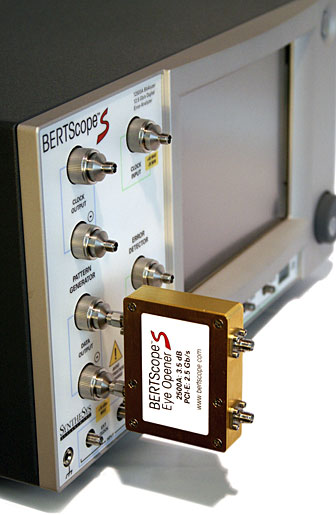 Conventional NRZ data is modified by a passive network to produce data in which bits, following the initial one or zero bit in a sequence with multiple bits of the same value, are attenuated by a prescribed amount.

De- or Pre-emphasized NRZ signals are used by the latest high-speed serial bus standards to enable longer transmission distances between devices by reducing the effect of intersymbol interference due to frequency dependent loss in printed circuit board channels.