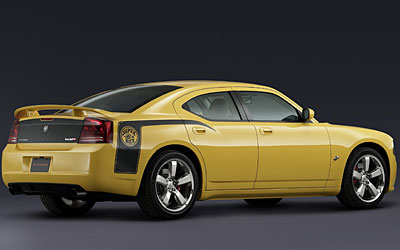 A pair of names familiar to many automotive enthusiasts are again part of the Dodge performance lineup with the return of the Super Bee nameplate for the 2007 Dodge Charger SRT8 and the TorRed exterior color for the 2006 Dodge Charger Daytona R/T. 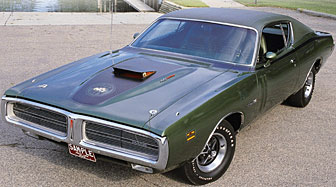 "The Dodge Charger embodies modern American muscle, and at the same time, carries on a great performance heritage," said George Murphy of Chrysler. "It was only natural to give a nod to that heritage with the re-introduction of a famous Dodge performance nameplate and a high-impact heritage paint name."

The 2007 Dodge Charger SRT8 Super Bee is the first special edition of the Charger on steroids from Chrysler Group's Street and Racing Technology (SRT). It features Detonator Yellow exterior color with black hood and deck-lid face, Super Bee logos on front and rear fenders, and contrasting yellow stitching on the seats, steering wheel, and shift knob.

Other SRT enhancements include functional, performance-oriented styling, world-class ride and handling, race-inspired interior appointments and benchmark braking. All together, the 2007 Dodge Charger SRT8 Super Bee is capable of 0-60 mph in the low 5 seconds, 0-100-0 in under 17 seconds.

The legendary Super Bee nameplate made its debut in 1968 within the Dodge Coronet line. As the newest member of Dodge's Scat Pack performance group, the 1968 Super Bee originally carried an MSRP of just over $3,000. It was offered as a Dodge Charger only in its last model year, 1971. Restored examples fetch between $80,000 to $100,000 today. 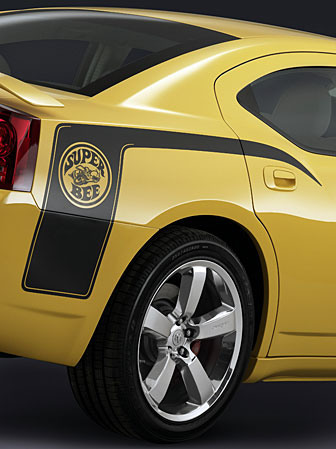 The interior of the 2006 Dodge Charger R/T will feature performance front seats with suede inserts and embroidered Daytona logos on the front headrests. Body-color accent stitching will appear on the front and rear seats and on the leather-wrapped steering wheel. Matching body-colored center stack bezel, a Daytona Limited Edition display on the electronic cluster and a sequentially numbered limited-edition Daytona badge on the instrument panel will complete the unique Dodge Charger Daytona R/T interior.