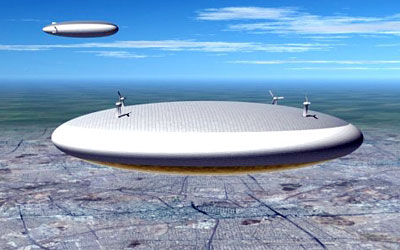 Converting futuristic concepts into high-tech visualization, these animations were used to support SPO and VSO exhibits on display at the recent DARPA Systems and Technology Symposium.

Two 3D animations were produced to depict how technology advancements in airship design, station keeping, and sensor payload can be used to improve the timeliness, persistence, and usefulness of surveillance platforms deployed over areas of interest.

"Nothing contributes more to the success of a project than combining a great client with a team of extremely talented professionals, like Blue Planet Studio," said Paul Zimmerman of Cynosure New Media.