Hipot is an abbreviation for high potential. Traditionally, hipot is a term given to a class of electrical safety testing instruments used to verify electrical insulation in finished appliances, cables or other wired assemblies, printed circuit boards, electric motors, and transformers.

Under normal conditions, any electrical device will produce a minimal amount of leakage current due to the voltages and internal capacitance present within the product. Yet due to design flaws or other factors, the insulation in a product can break down, resulting in excessive leakage current flow. This failure condition can cause shock or death to anyone that comes into contact with the faulty product.

What is a Hipot Test?

A hipot test (also called Dielectric Withstanding Voltage (DWV) test) verifies that the insulation of a product or component is sufficient to protect the operator from electrical shock. In a typical hipot test, high voltage is applied between a product’s current-carrying conductors and its metallic shielding. The resulting current that flows through the insulation, known as leakage current, is monitored by the hipot tester. The theory behind the test is that if a deliberate over-application of test voltage does not cause the insulation to break down, the product will be safe to use under normal operating conditions—hence the name, Dielectric Withstanding Voltage test.

What is a Hipot Tester?

A hipot tester is an electronic device used to verify the electrical insulation in a device or other wired assembly that could subject someone to a shock if it failed. It generally consists of a source of high voltage, a current meter, and a switching matrix used to connect the high voltage source and the current meter to all of the contact points in a cable. Hipot testers may also have a microcontroller and a display to automate the testing process and display the testing results.

What is new in Hipot Testing?

“The EST-300 series is one of the world’s smallest and lightest devices of its type. We designed it with the dimensions of a piece of A4 paper and a weight of only 5.5kg. This reduced its length by 18.3 percent and weight by 43 percent compared to the industry standard,” said Brian Chen, EEC general manager. “This is a remarkable achievement, and gives manufactures the flexibility to move and alter their work area to maximize space usage.”

The EST-300’s compact size does not compromise the device’s performance or reliability. The series delivers high testing efficiencies that show in every detail. The built-in ARC detection feature — utilized by many top-tier manufactures — detects abnormal circuit shorts, preventing poor gap spacing that can cause dielectric breakdowns while enhancing quality assurance. The ramp-high and charge-low functions increase efficiency, eliminating common errors from the DUT’s test results caused by current overshoots and faulty connections.

Safety is always priority at EEC. The company’s exclusive patented fast discharge feature allows the DUT to efficiently released excess electricity within 50ms, ensuring maximum protection for operators. The EST-300 series is TÜV-certified for excellent reliability and safety for further assurance and peace of mind. The intuitive interface simplifies operation, allowing users to smoothly issue commands with the swipe of a finger, easily set up test parameters and steps, and program automation remotely via USB connection. Additionally, the EST-300 series allows expansion with a ground bond tester to create a more complete testing system. 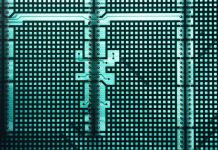