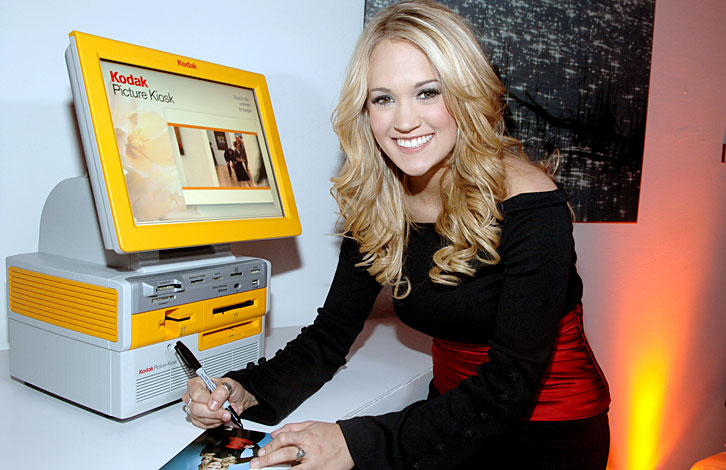 The Kodak Picture Kiosk G4 family is the latest in Kodak's line of photo kiosks.

"Kodak has been the global leader in retail photo kiosks since the first Kodak Picture Maker was installed more than twelve years ago," said Kodak's Patrick King. "Consumer demand for convenient, high-quality digital photo printing options from retail locations continues to soar and printing via kiosks is the fastest growing retail printing segment, increasing at more than 300 percent per year in the United States. Kodak remains dedicated to providing products and services that benefit both consumers and retailers alike."

"The new Kodak Picture Kiosk G4, along with the associated portfolio improvements announced today, not only represent proof that Kodak is fulfilling that pledge, but also raise the bar for the entire industry."

The new Kodak Picture Kiosk G4 was designed to meet exploding demand while preparing retailers for continued growth. This innovative hardware solution signifies an evolution in the retail digital printing market and for Kodak. The new name of the product was carefully chosen as a departure from the long-standing Kodak Picture Maker identity to signify that these new machines do much more than previous generations. At about half the size of its predecessor, the sleek yellow and silver casing of the Kodak Picture Kiosk G4's order station console sets it apart from other models and complements the contemporary look and feel of Kodak's entire portfolio of new digital products and services.

The Kodak Picture Kiosk G4 is a full-service digital photography solution, supporting all popular digital media formats (memory cards, USB drives, CDs/DVDs), digital scanning, and wireless printing via Bluetooth and infrared technologies, while offering services beyond standard printing such as Kodak Picture CDs, a range of printing sizes and editing options, customized borders and even photo calendars. Inside the attractive new body is a high-performance processor -- 35 percent faster than prior models -- combined with an improved user interface. This will reduce transaction times and increase retailer productivity. The new design allows for easier serviceability.

Thanks to the speed and efficiency of the new Kodak Photo Printers 6850 and 8800 thermal dye sublimation printers, the Kodak Picture Kiosk G4 can now make 4x6-inch prints in as little as four seconds for $0.29 - $0.39 each (depending on the retailer) and produce prints up to 8x10-inches in as little as 39 seconds. This significant increase in print speed takes digital printing one step further in accommodating the busy lifestyle of today's consumers, while allowing retailers to achieve maximum profitability from their machines. A thermal dye sublimation process protects each picture with a coating to make the prints wipe-able, waterproof and stain resistant.

Kodak Picture Maker software version 5.2 includes capabilities that will help to drive incremental sales of services. Based on the consumer's editing and ordering choices, the kiosk intelligently presents information for additional photo services available and allows them to add an additional service to their order with just one touch. 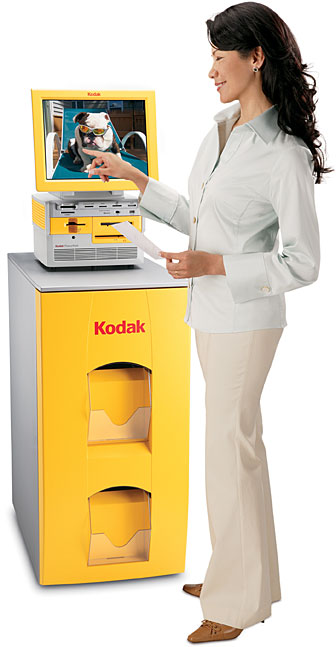